The Transgender Day of Remembrance is a celebration of the LGBTQI+ community that was created to commemorate the victims of hate and prejudice towards transgender people, better known as transphobia.

The event is traditionally celebrated on November 20th and was introduced in memory of Rita Hester was murdered in 1998, event that started the web project “Remembering Our Dead“. This project led in 1999 to a candlelight flashmob in San Francisco. The event then grew to include commemorations in hundreds of cities around the world.

Every year in Turin various events are organized on the occasion of the TDoR, including the commemoration in a central square of the city.

Since 2014 Coordinamento Torino Pride has decided to celebrate this anniversary with a march around the city called “Trans Freedom March”. We let’s go to the streets to commemorate the victims of transphobia and to ask rights and respect for transgender people. 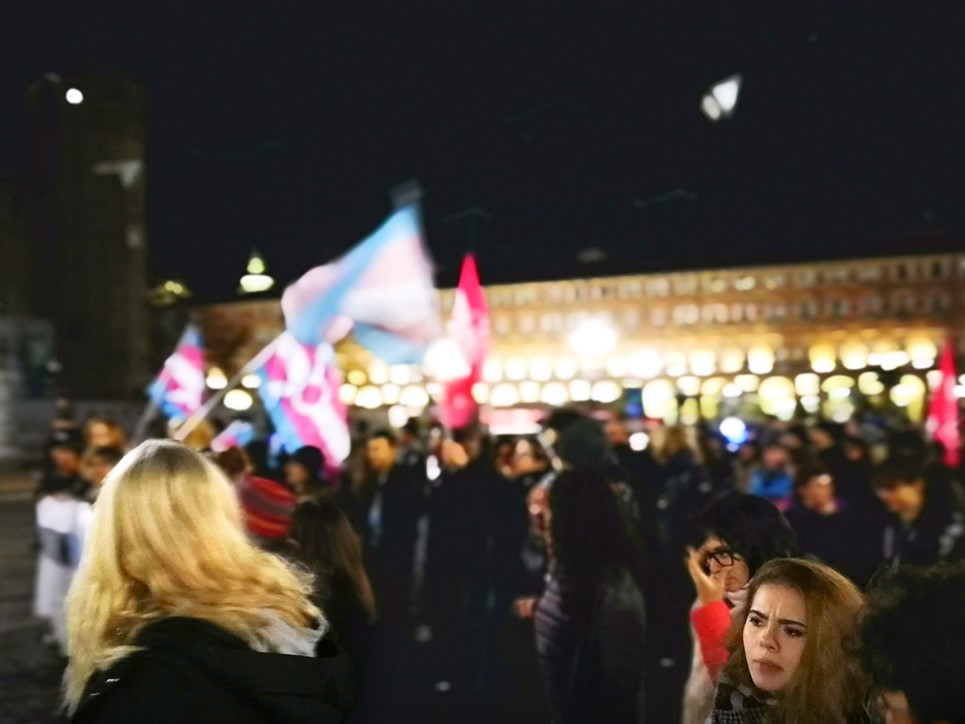 This site is not a newspaper, is not periodic and is updated according to the availability of the material. It cannot therefore be considered an editorial product in accordance to law no. 62 of 7/3/2001.

Our work needs help. Do you also care a lot about the rights of LGBT people? Write to volontari@torinopride.it for more informations.

Any cookies that may not be particularly necessary for the website to function and is used specifically to collect user personal data via analytics, ads, other embedded contents are termed as non-necessary cookies. It is mandatory to procure user consent prior to running these cookies on your website.